When I started using natural remedies in my house back in the ’90s I ended up with tons of books with very complicated concoctions, made of lots of things I’d never heard of. I knew that there was a learning curve but I needed resources that I could actually source to when my kids were sick. This was usually in the wee hours of the morning and certainly without a cushion of time for me to order a root or bark that I couldn’t pronounce.

Over many years, I tested things like banana peels for splinters and ground cayenne for cuts, that were made of things that were already in my stocked kitchen. One hero of all of these pantry remedies is the humble onion.

The same properties in onions that make them offensive, also make them powerful healers. Onions produce a chemical irritant known as syn-propanethial-S-oxide. It stimulates the eyes’ lachrymal glands to release tears. Scientists used to blame the enzyme alliinase for the instability of substances in a cut onion.

Recent studies from Japan, however, proved that lachrymatory-factor synthase, (a previously undiscovered enzyme) is actually what makes us cry. The magical thing is that it also helps us heal by causing our bodies to move all kinds of fluid from congestion to swelling.

Onions also contain a compound called Quercetin which has both strong anti-bacterial properties and the ability to fight harmful toxins. Quercetin is a powerful antihistamine and anti-inflammatory. The densest concentration of Quercetin is found in the outer rings nearest to the bulb’s skin as well as the part of the onion that is closest to the root.

All onions have these compounds but sweet onions have less, so choose white, yellow, or red onions for your remedies. If you keep them in a bowl in the darkest part of your pantry, they last a long time and will be ready whenever you need them.

Ok… enough with the science for a minute so I can tell you a story about how an onion (well actually a shallot) kept Audree out of the hospital in Hawaii.

My Blossom girl sewed this island gear from a ’40s pattern so that Miss Audree would be properly outfitted for our trip.

My fierce and capable Audree girl has a kryptonite. She can wrangle a hawk better than anyone I know but she and insects are not friends for good reason. This reason is that she blows up like Violet Beauregarde in Willy Wonka if she gets stung. And even worse, bugs seem to want to sting her more than the average human. Mosquitos love her tremendously and while bees and I can just chill together, they seem to go on a suicide mission in her presence. When she was a wee one, she was even stung by a bee in the middle of the ocean… many, many miles from land.

So one warm and wonderful Mother’s Day, our entire clan accidentally took the long way on the Sleeping Giant hike in Kauai. Our afternoon jaunt turned into an episode of survivor, and at one point, dumped us into some really thick rainforest. The problem was that it was mostly thick with mosquitos, not mist. Before Audree could even verbalize it, she was covered like a bug blanket. I made a fatal error when instead of throwing her on my back and RUNNING her out of the muddy bit, I stopped to put bug spray on her. My “good in emergencies” thinking was also on a vacation in Hawaii. 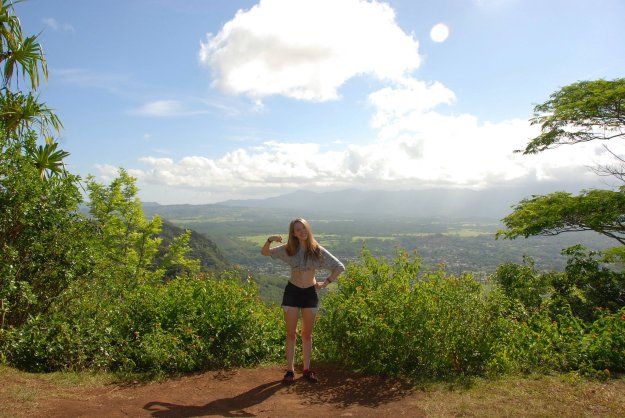 We did eventually conquer the mountain!

We finished our hike and went back to our condo with plans to roll fresh pasta with a wine bottle rolling pin for Mother’s Day dinner. After I got a few pots boiling with Andrew, I went to check on the girl and was terrified of what I saw. The swelling from all the bites had gone rouge and was moving up her body. I have no doubt she would have needed emergency help if I hadn’t known about the onion trick.

I gave Audree some Benadryl and then sliced the only thing I had on hand (the shallots) and layered them all over her body. Then I secured them in plastic wrap and set a timer for 30 min. Just before the timer went off, she told me I was going to have to help take them off for a minute because she had to pee.

When I started to move the shallots, there were literally recessed rings where the shallots had been pressing on her skin. Her body had moved a huge percentage of the fluid and the reason she needed the bathroom was to get it out! I’d been using this trick for years at this point, but this was so dramatic. She kept the shallots on overnight and by the next day, although she was horrified by all the little marks everywhere, she wasn’t even itching. The moral of the story is obvious. This is one powerful remedy.

Peyton Grace and I found lots of birds to play with. 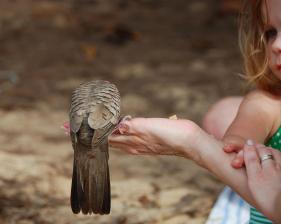 Shocking, I know.
Onions are good for all kinds of congestion and swelling. They do miraculous work on bumps and bruises and obviously are amazing on insect bites. They are incredibly soothing for earaches and have saved us from needing antibiotics many times for coughs and chest congestion. Below are the instructions I’ve created to make it relatively easy to use. Although, I apologize in advance about the smell!

This can be used for all kinds of swelling like bumps, bruises, insect bites or stings, and earaches or infections. 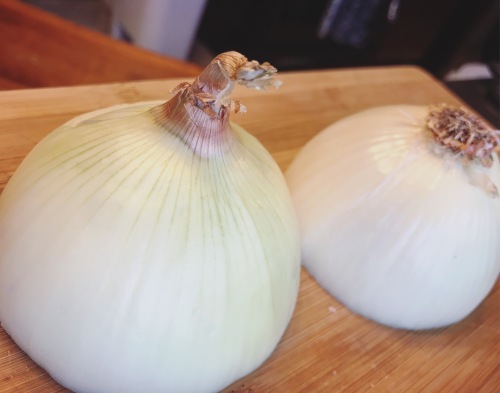 For sprains or bruises that need extra help, you can place sliced onion over the affected area and affix it with plastic wrap. Cover the area with tight clothing like socks or tight pants to hold the onion in place all day or overnight. This will allow you to leave the onion on the injury a long time without having to sit and hold it in place

An onion poultice is a powerful remedy for chest congestion and stubborn coughs. My kids really hate it because it makes you sweat onion smell, but it really works! 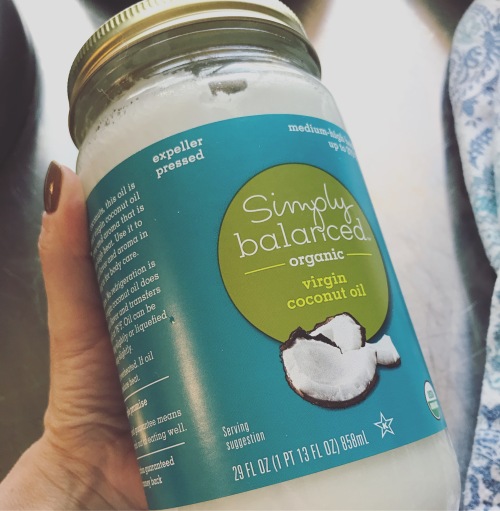 Lay still for 30 minutes to an hour.

Repeat the poultice twice a day until the cough and congestion clear up. You will be stinky but healthy in short order!

As always, follow your doctor’s advice when you are trying out new natural remedies. It takes experience to know that what you are doing is working, but know that slow, steady, progress is the sign that healing is happening!